The "Meet The Maker" series have given us the opportunity to learn more about both the knives - and the person behind the knives - of many Australian makers. This time we are speaking with a French-Australian maker who is well known for his distinct style incorporating artistic elements in blade etching and unique fittings.

Paul-Emmanuel Arestan has presented at the Australian Blade Symposium several times, displayed at knife shows both Internationally and here in Australia and was previously the Queensland state representative of the Australian Knifemakers Guild. Always happy to share techniques he has spent a lot of time perfecting around etching, forced patinas and scrimshaw, Paul is a popular maker in the Australian knifemaking community amongst both former students and other makers.

Paul has published articles in knife related magazines and also had a short film made about his knife making by Dean Saffron called "le créateur de couteau ( The knife maker)":

Paul is the maker behind both Paul's Knives and Smoko Designs, operating out of Mount Nebo near Brisbane where he makes his custom knives, holds workshops in knife making as well as design and customise his own brand of Australian EDC folders (more on that later).

Here is what Paul had to say;

Before moving to Australia in 1999, I lived in the French Alps, in a very old castle full of swords, knives, bayonets, helmets, shields, axes and halberds, and being surrounded by sharp things seemed quite natural. On top of that, my grand dad gave me my first knife, an Opinel, when I would have been about six years old, which was followed by countless Laguioles that he bought at the flea market and restored.

I’m the kind of guy who gets bored easily and I’ve had more career change than I can remember. I was a librarian, a teacher, a baker, a fitness instructor, a soldier, an outdoor guide, a handyman, a journalist, a cook and a few other things I probably forgot, until, a bit over 10 years ago, I discovered knife making.

I had a $80 belt grinder and I made a knife every few months, then one every few weeks, and I even sold a few. They weren’t great, I wasn’t very good at asking questions and I was trying to re-invent the wheel, which led to a slow learning curve.

It was a hobby, and I was jut having fun. Back then, finding steel was difficult, and I ordered some 12c27 from a French supplier who sent it to my parent’s place in France, and I would then bring it back to Australia in my luggage. There was not much else I could take with me and I had to travel light. When Gameco, and later Creativeman came up, everything became a lot easier.

I made more and more knives, bought a proper grinder, replaced my home made gas furnace with an electric kiln and started to attend knife shows in 2014, joined the Australian Knife Makers’ Guild, and slowly a hobby became a part-time job. I also started to write about knives for a French magazine that year.

I had a very flexible job which allowed me to spend time working on my knives, but circumstances changed and I needed to find a new job. That was at the beginning of 2017, and that’s when I decided to run knife making classes from my little shed on the hills near Brisbane.

It worked much better than I expected, and I had students booked every weekend. I only had one grinder, and was giving myself 12 months to buy a second one, but everything happened very quickly, and, within 6 months I had a second grinder and was taking two students every weekend and started to run week day classes as well.

Teaching is great and extremely rewarding. I meet great people who are keen to learn new skills, and some really got into it, exhibit at knife shows, forge their own Damascus and really become passionate about it. 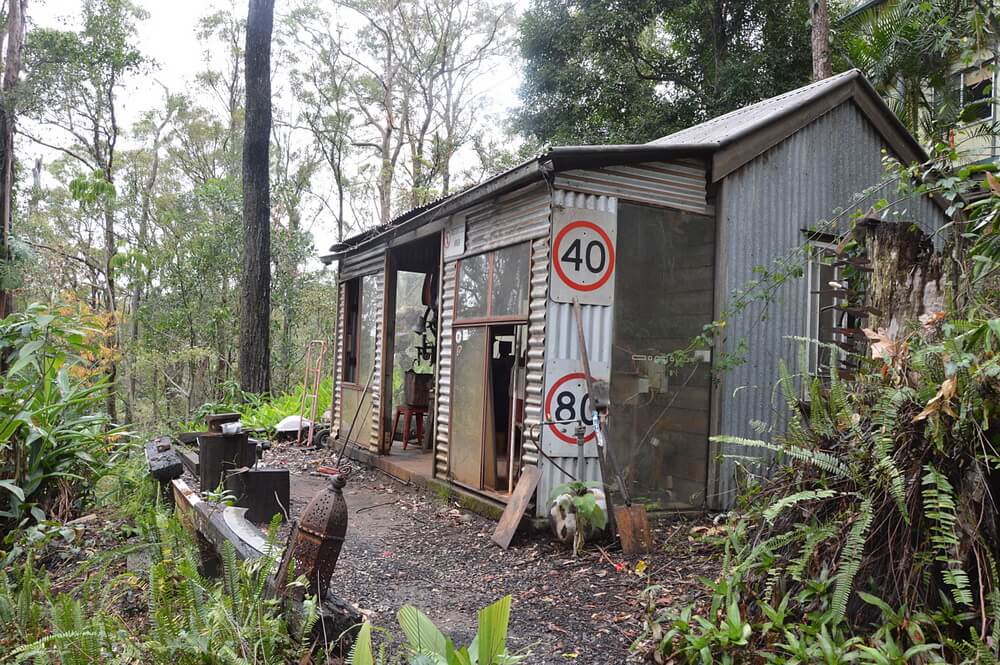 On the side, I was making my own knives, but to tell the truth, they were not great. Things changed about 3 years ago, when I started to draw my designs, instead of trying to turn a mental picture into a 3D object. They just looked better.

Around the same time, I put a lot more work into developing new decorative acid etching techniques, which, I think, also contributed to making my knives more pleasing to the eye.

More recently, in 2019, I needed a new challenge, and looked at starting a new brand of folding knives. I wanted something with an Australian touch, friendly and non-tactical.

Folding knives are not really something I’m good at making, but, with the help of a French knife maker, I made a working prototype and a new adventure started: Smoko Design, a simple slip joint, all in stainless steel, that I can customise and personalise. 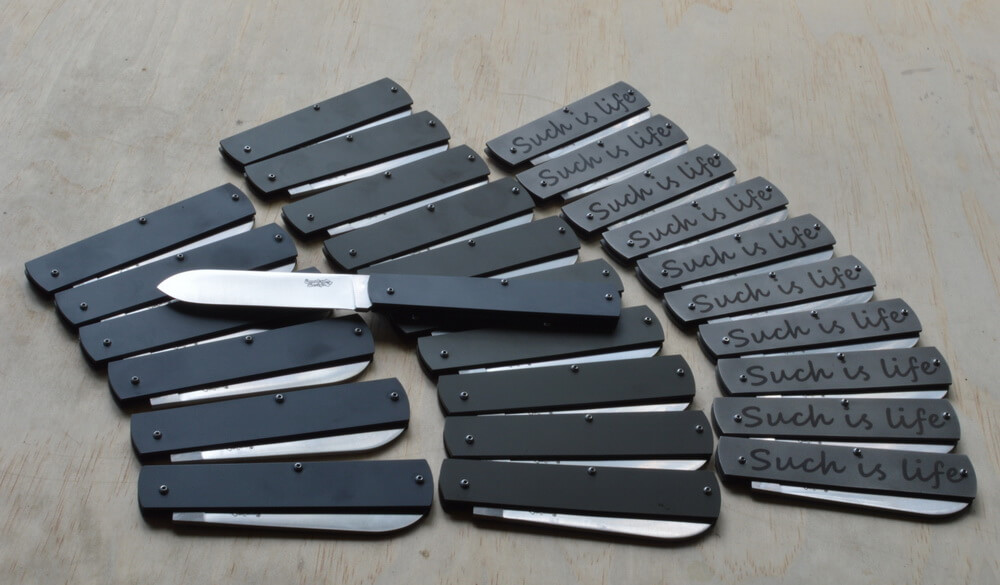 I was very excited to launch my new project in February 2020, and was ready to attend as many shows as possible, here in Australia but also overseas, but Covid came in the way. Things didn’t go too badly after all, and I’m currently working on a second batch. (Editor's note: Contact Paul directly for a custom version: LINK)

The knives that I enjoy making the most are take down and integral, but I need to be in the right mood. They take time, I’m quite impatient, and I generally start a knife one day and finish it the next, so spending a few days working on one piece is a challenge but is very rewarding. It is extremely satisfying when a knife can be taken apart and put back together, with all parts fitting snuggly without glue to keep them together.

I work mainly with stainless steel. NitroV in classes and for some of my knives, because it’s an excellent steel, easy to work with and very good value for money, but my favourite has to be RWL34. It polishes well, grinds easily, doesn’t warp during heat treatment and keeps a good edge, but it’s more expensive.

I don’t know if I’m influenced by other makers, but there’s certainly a few I admire. Tonu Arrak, Roman Sloklasa, Wieland and Véronique Laurent are on top of my list.

If you’re looking at starting making knives yourself, start with simple designs and simple constructions. Make a few full tangs, spend time getting your bevels right, look for symmetry, and do a course. You’ll save a lot of time, and you’ll learn from the teacher’s mistakes, so you don’t have to make them yourself.

Once you master the basics, ad an element of difficulty, by adding bolsters, or a tapered tang, and then make a hidden tang, work on the fit and finish of the guard, and be your own worst critic.

Knife making is a quest for the unreachable perfection, and this is what will make you improve.